The electrical system in your home depends on a lot of integral components including parallel circuits that are capable of supplying electricity independently. With a total power outage, you stand a higher chance of figuring out where the problem lies. But that’s not the same when it’s a partial power outage. In situations like this, it is difficult pinpointing where the problem lies.

In this piece, we intend to isolate some of the possible flashpoints responsible for a partial power outage and how you can remedy the situation. So, before you consider calling an electrician, you might want to check things out for yourself first.

Locate the breaker panel in its confinement – basement  or similar areas – before proceeding to identify the problem. A damaged circuit breaker is one of the notorious causes of a partial power outage in many homes. The damage is commonplace during an overloaded electrical circuit or a short-circuiting from a faulty appliance or wiring. Diagnosing the problem isn’t difficult since a blown fuse or a discolored switch is enough clue. It’s important that you turn off all your appliances before proceeding to do the same with the main breaker. Afterwards, try restoring the breaker back on. If the partial power outage isn’t fixed, try the next flashpoint – the ground fault circuit interrupter.

In certain situations where the breaker is at the center of the problem, there’s the possibility it might disconnect once again when everything appears to be back to normal. If this happens, you might want to disconnect your appliances since one of them is the culprit. Connect them one at a time, and the appliance short-circuiting your electrical system will be uncovered.

Another circuit breaker that could be responsible for a partial power outage in your home is the GFCI receptacle. This device is usually installed to break the current flow when there’s an imbalance between the current supply and there turn conductors. So, in a situation where the breaker panel turns out to be blameless, you might have to turn your attention to the GFCI.

In situations where neither of these solutions appear to have tackled the partial power outage in your home, you might want to get in touch with an electrician.

A partial power outage usually insinuates something is not right with your electrical system. It could be a protective response to avoid a monumental damage. Assessing your breaker panel and GFCI receptacle would normally work in most cases. But if that’s not the situation in your home, talking to a certified electrician should be your next option. 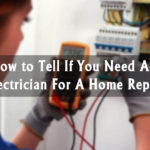 What Does A Home Electrical Check Involve? 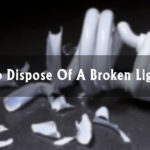 How to Dispose of a Broken Light Bulb 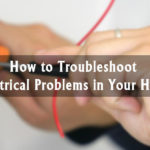 How to Troubleshoot Electrical Problems in Your Home